The Reader by Bernhard Schlink - a Review

"Desires, memories, fears, passions form labyrinths in which we lose and find and then lose ourselves again." 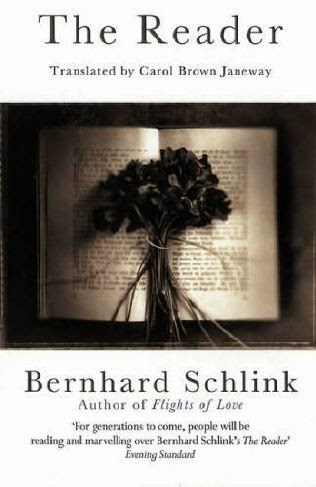 The Reader is a powerful book that delves into the depths of human emotions and morality. But it does so quietly and subtly, sneaking up on the reader with an emotionally powerful ending.

Michael Berg is a 15-year old boy, growing up in post World War II Germany. One day on his way home from school, he meets a woman twice his age. He is immediately infatuated with Hanna, and they begin an affair. One day, she disappears with no explanation. Years later, he sees her again. He is a young law student and Hanna is on trial for Nazi war crimes. As he watches the trial unfold, he comes to understand his past feelings for this woman. He contemplates how his memories of his lover and this woman on trial can be one and the same person. He also comes to realize that her biggest secret has nothing to do with her wartime activities.

Schlink's writing is direct, but understated. He delves into the taboo subject of Hanna's sexual relationship with a schoolboy realistically but without any undue detail. The focus of the story is not on the sex, but on human emotions, their relationship, and its effect on both of their lives.

For me, the third and last section of the book was the most powerful. There is no true understanding of reality for the two main characters until the very end. It is their reaction to this understanding which brings home the ending point of the book with sharp, emotional surprise.

This book is far removed from the genres I normally like to read. I'm glad I decided to read it as a change of pace. It doesn't get bogged down in drama or unnecessary details. It just tells the story in haunting directness, a bare reality. Humans are complex emotional beings. The two main characters were impacted by war, love, lust, passion, loneliness.....and as a reader, I was allowed into their world to see what those inner emotions, fears and passions did to their lives.

In 2008, the book was made into a movie starting Kate Winslet as Hanna. Winslet won an Academy Award and a Golden Globe for her performance. I have never seen the movie, but I hope it kept the subtlety of the book intact, focusing on the emotions of the characters and not the phyiscality of their relationship.